Both countries have Jewish life for more than a thousand years. Before the Nazi dictatorship and the Holocaust some of the most active and influential communities in the Jewish world called Germany and Poland their home. Today the communities are much smaller, but again vibrant. Both historical and contemporary Jewish life and culture can be experienced not only through city walks, museum and memorial site visits, but also through visits to synagogues, conversations with members of Jewish communities and visits to Jewish restaurants and cultural events.

Immerse yourself in the more than thousand year old history and culture of German Jewry during a guided tour of the Jewish Museum Berlin. How does a country, a city, a society remember its own history and its own population? How is this told and how does it manifest itself in the image of a place? You will visit a synagogue and hear about the history of the place during a guided tour. You will visit the modern Polin Museum , which impressively and comprehensively presents the more than thousand year old history of Polish Jews.

An individual tour with audio guides gives you the opportunity to look around according to your individual interests. Short walking tour through the partly rebuilt old town of Warsaw with city wall, market place and royal castle. 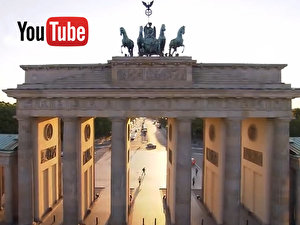